Geisha Kyd was walking on a hiking path. It was so hot that she lifted her shirt and used a spray bottle on her face and tits. A group of men were watching her and when they were passing her they asked if they could use some of her water spray to cool down. She told them she lifted her shirt on purpose. She saw that they were watching her and she recognized Alberto Blanco as one of them. A pornstar with a huge dick! She offered she would cast on the spot for a port and she really wanted to get fucked hard. That was an offer Alberto could not refuse. He slapped and choked Geisha Kyd, squeezed and slapped her breasts. She gave his giant dick a wonderful bj with tons of throat. Then he fucked her. He fucked her hard. Her screams could be heard from miles away. He fucked her in all possible positions until she was unable to stand. He s**t his load into her face and she started to stumble away. 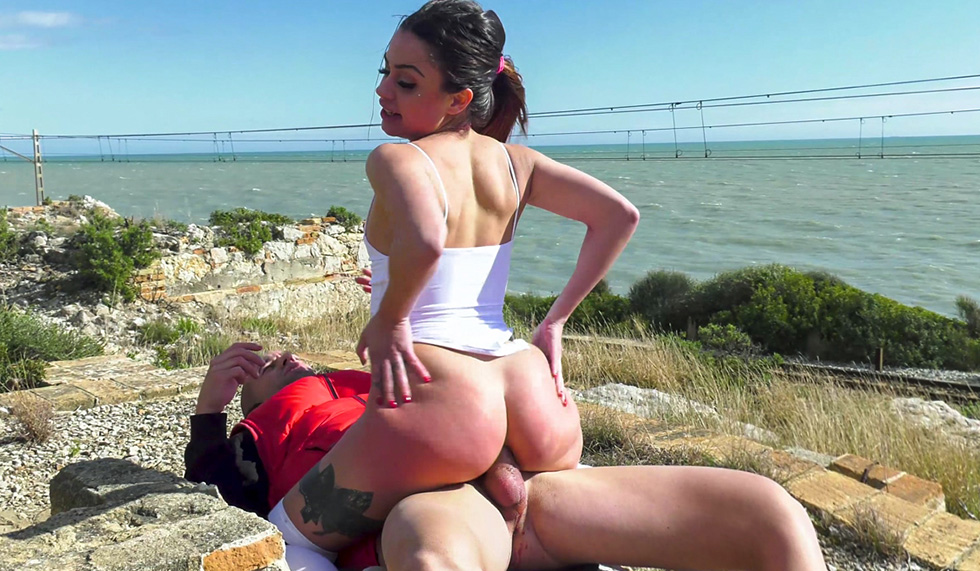 A Splashy Public Fuck (An...